An internal Coca-Cola study has found that online noise has no short-term impact on sales, but online advertising works just as well as television. So he made it public. This information was made public by a company executive during a presentation that took place this week in New York, during the conference Re: think 2013 of the Advertising Research Foundation. 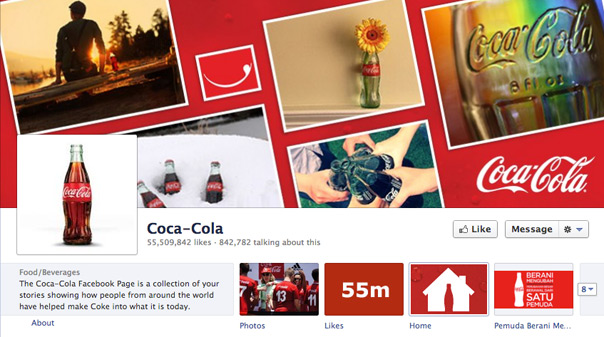 Coca Cola is a company that has hugely embraced social networks, and as an example we have the presence of its main product on Facebook, where it has more than 61 million fans.

But despite that first information, Coca Cola is not ready to throw in the towel, as Eric Schmidt, the company’s senior manager-marketing strategy and insights, has made clear.

When Coca Cola has tried to analyze information about feelings from its fans and followers using the same tools it uses with other digital media, Schmidt has commented that “we have not found a significant statistical relationship between the noise generated and our sales in the short term. At most, sales have only been impacted by a factor of 0.01%. “

But it’s not the end of the story for Coca Cola, or at least Schmidt does not think so. “This is just a study on particular brands of a particular company within the consumer products industry. It is not something we can generalize to all industries. “

Social noise is only part of the story

In an entry to the corporate blog by Wendy Clark, senior vice president of integrated marketing communications, and written after Schmidt’s intervention, this noise is said to be only part of a much wider picture. “None of our plans focus exclusively on the social, television, mobility or other area. On the contrary, they are a combination of own means, paid, won and shared, where the social plays a fundamental role in creating impacts, consumer engagement, love of the brand and value. “

It’s the combination of the different media that makes the difference, emphasizes Clark. Also remember that the main consumers target your business are teenagers and young adults, and that these are “multi-screen”. “This means that when the television is on, the laptop is open and have a smartphone in hand. Companies must have a single integrated conversation across all screens. When we do this well, we are able to create a significantly greater impact than any of those screens individually. “