81% of users have stopped following a brand on Facebook

When approaching their client in social networks, the brands initially bet on offering a close relationship, from you to you, seeking to establish a personal relationship, which would enable them to empathize with their audience and earn their trust. Awareness indicates that one of the main goals in Social Media for 78% of companies was to foster customer relationships.

In this way, a communication was established from you to you, the companies were no longer inaccessible, but they were willing to talk directly with their customers. 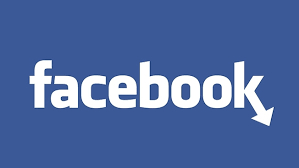 In response to these good intentions, 87% of Facebook users followed a brand. Meanwhile, 84% of B2B companies also do some kind of activity in Social Media. An activity to which 59% of marketers spend more than 6 hours a week.

Instead, this initial purpose soon fell into oblivion, giving way to a more commercial communication, based on promotions and the increasingly frequent calls to action. In short, the brands forgot the essence of the Social Media, broke the rules, and users have given their deserved punishment. According to data collected in this infographic HubSpot, users have reacted as follows:

What is going to happen now?

We are at a turning point, users are clear that they do not want to talk to a robot, nor do they expect to be the center of a thousand and one advertising impacts; But they need the brands to return to show their human side, to listen to them and to attend to their requests. Therefore, brands must rethink their strategy if they want their target audience to support them in social networks.

Half the marketers are already aware of the need to integrate social activity into the overall marketing plan of the company; While 35% consider it appropriate to include marketing within all areas of the company. It is expected that this year companies whose strategy includes 4 or more social channels start focusing on a single channel, as much as two. Only those who know how to react in time will once again be valued in the Social Media by their target audience.