Protect your Pipes in the Cold Weather

Throughout December, a cold snap made its way over to the British Isles and stayed around for some time. As well as the issues that this caused with transport, and getting around as roads, railways and pavements became snowy and icy and therefore dangerous, it can also cause issues for us closer to home. 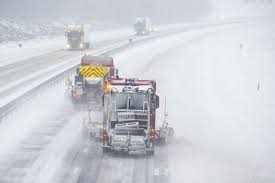 Cold weather is notorious for causing damage to pipes and drainage systems in the home. Both in the house and outside it, it can do all sorts of things that wreak havoc on a heating system on your plumbing and drainage.

One of the main risks that the cold weather can bring to the pipes with water flowing through them is the risk of freezing as the pipes become colder and temperatures drop down below zero. This then means that water won’t be able to flow through the pipes as the solid ice stops it from moving through as it should. This then causes a blockage which can then lead to the more serious consequence of a pipe bursting if you don’t act fast to remedy it.

When a pipe has frozen the first thing that you need to do is to turn off the mains water. You then need to warm up the frozen water in the pipe but take care not to do this too fast as this can also cause it to burst. Use a hot water bottle to slowly heat the pipe up rather than anything aggressive like a blowtorch!

The drainage systems themselves can also become blocked when the ice and snow start to melt – as more water enters the drains and takes with it debris like leaves and sticks, it could cause drains to become blocked. If you suspect that this is the case, get a professional like this CCTV drainage surveys Alcester based company https://www.wilkinson-env.co.uk/drainage-services-cctv-surveys-midlands/cctv-drain-surveys/cctv-drain-surveys-alcester/ to have a look at it for you.

The best way to avert many of the problems that can come with cold weather is to prepare for it – make sure that you insulate pipes properly so that they are less likely to get too cold and freeze, and make sure that your drains are in good order earlier in the year to reduce the risk of further blockages happening.