All data show the boom and the trend toward digital marketing

The digital marketing gains in quality and effectiveness. This is demonstrated by the latest data collected in various reports and studies. The main conclusions, among which we highlight trends like e-mailing is the most useful way to get directly to the customer, or how marketing agencies reach their audience through more channels are exposed, creating a diversified strategy. 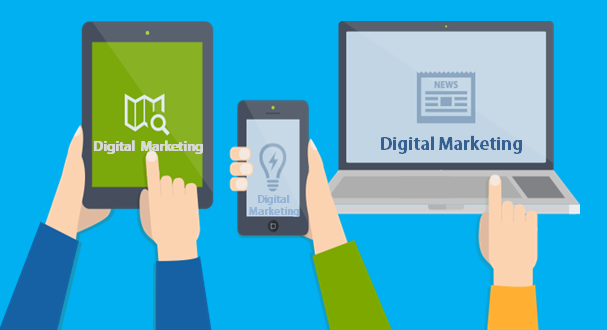 These are some of the trends that should be taken into account when designing a plan of action in online marketing:

22% of promotional emails sent do not reach the subscriber inbox.

One in five commercial messages sent worldwide in the first half of 2013, did not reach the inbox of the subscriber according to a report by Return Path. And indirect advertising rate (IPR) decreased compared to 2012 4%.

The report also analyzes the deliverability. The retail sector has proven to be one of the best placing 92% of the sent messages in inboxes, representing 5% of the total over the previous year.

Up to 50% of the sites will be tailored to the technology of the labels in 2017 according to new research Qubit.

The data show a massive increase in assimilation among the top 100,000 websites worldwide, with an adoption of this system 600% from May 2012.

Other trends that stand out is that while servers label sites represented 49% in 2012, now account for 80% of installed sites.

And free products now account for 44% of market management tags installed in total.

Load times are getting slower time in e-commerce.

Radware report suggests that despite the efforts of companies to ensure fast loading type, the average speed of the site is becoming slower.

Only 20% of companies that collect data link them to business objectives.

A fifth of companies (20%) have a strategy to collect and analyze data related to business objectives, according to a report Ecosultancy and Lynchpin.

The study has shown that the proportion of companies who claim to be working on a strategy with the data has remained around 60% since 2009, indicating that they are not having much success in achieving its objectives.

52% of agencies offer a full range of digital marketing services.

Data showing new report published UK Search Engine Marketing Benchmark 2013 indicate that more than half of the agencies (52%) offer a full range of digital marketing services, which meant an increase of 42% compared to 2012.

It has only increased by 12% compared to the specialized agencies in SEO, while only 7% in specialized in SEM. While 10% of the agencies carry out both SEO and SEM.

The report also shows that 69% of companies themselves are in charge of social marketing, while only 7% use an agency.

Searchmetrics a new report shows a strong relationship between social site and positioning on the page of Google search results.

The websites that are ranked in the top positions, usually have a large number of social interactions with G, which signals have a big impact.

Coordination between agencies is increasingly impossible.

Almost half of retailers (48%) indicate that the burden of interagency coordination has become unmanageable according to a report Charterhouse.

According to the report, 63% of vendors, and almost 70% of England, consider working with many agencies to create integrated campaigns is very difficult.

53% say that problems arise as a result of the lack of communication between agencies.

Email is the leader in marketing.

According to the latest report TagMan email marketing is still the most useful form of advertising.

The data show that 43% of marketers are not sure that social networks boost ROI. While 63% still consider email as the most useful form of digital advertising. Moreover, 55% continues to measure the success rate of a campaign by CTR, while 31% still struggling with data overload.