CGI is replacing photography in marketing, but has anyone noticed?

The market for 3D digital images in the UK is growing faster than many people are aware. More designers and manufacturers are now turning to CGI for their marketing instead of traditional photography, according to Richard Benson, creative director at digital imagery studio Pikcells. 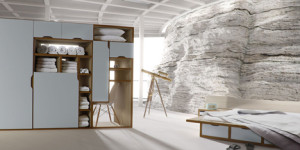 “Most kitchen, bedroom and bathroom companies now use CGI to create their marketing material and no one has realised,” Mr Benson said in an interview with online design magazine Dezeen.com. This is in part because modern-day images can be so realistic that it would take a well-trained eye to spot that they are computer generated; however, there is more to this sea change in preferences than photorealism. Why would manufacturers move from photographing the real thing to an image that is digitally made?

Unlike a traditional photographic studio, where sets must be built and the props are limited to the furniture or fittings available at the time, the digital sets and furniture are limitless, can be created at a much lower cost, and require zero physical storage space. Moreover, once created they can easily be re-used and modified, increasing their cost effectiveness. CGI extends to imaging concepts that have yet to go into production and can create an environment that will show the product to its best advantage.

Flexible, affordable and benefiting from more powerful technology over the past few years, CGI imaging has become a viable and attractive solution for manufacturers, developers and marketing companies alike. Studios such as Redandgray, a company that has been producing digital images for its clients for 12 years, endeavour to push the technology at their disposal to the limit to achieve the ultimate goal in realism. The bar is set high and the studios know their work may find itself sharing space in catalogues and magazines with real-life photographs. From geometry to texture to lighting, every detail needs to stand up to close scrutiny and look as convincing as, if not better than, its photographic counterparts.

The move by manufacturers to employ CGI for their marketing is undoubtedly putting pressure on the traditional photographic studios; however, some have embraced the shift, either by becoming digital studios themselves or by making the best of both worlds and offering both services.