To give background and context to the background of this article and to be able to situate ourselves, it is interesting to know in a summarized way, some of the figures of advertising investment in the online medium offered by different sources and entities.

Recalling the data from the latest IAB and PwC report, we discovered how the volume of investment in the last quarter of 2012 exceeded 10 billion dollars in the United States. This represented 12% more than the previous quarter and 15% more than the same period in 2011. The report itself revealed how the mobile environment became a protagonist, experiencing a growth of 111% compared to 2011. Of this In this way, mobile advertising accounted for 9% of total online advertising revenue during last year 2012. 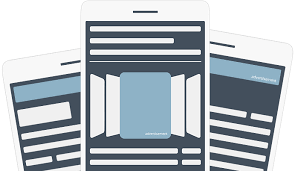 According to Video Metrix data, last March, online video advertising once again recorded its own record previously achieved in December 2012, with a 33% growth over the month of February of this same year, and raising the number Total video ads viewed up to 13.2 billion.

According to data from the IAB, the investment in digital advertising is consolidated as the second medium in investment volume with 885.7 only surpassed by television. In this case, display and search showed a 61% increase and mobile investment 68% compared to 2011.

All these figures are a clear example of the current boom in online advertising, which place the Internet as a preferred medium for both business and advertisers. It seems that digital and online advertising currently lives its particular golden age, but … what is the reality behind all this data? What is really going on?

The truth is that despite this growing commitment of advertisers through the internet and some of its formats and channels, it is not gold everything that shines, and much less the figures are a clear sign that online advertising is working As many expected. The emergence of social networks and mobile devices is leading brands to perform all kinds of “laboratory tests and experiments”. Advertising apparently more affordable and less expensive but on the other hand is being rejected completely by the users themselves.

For example, in the case of video advertising (other than video marketing), most producers and companies claim that they can not cover their production costs and in many cases these are only adaptations of television spots that adapt to the new support. But in addition, users loathe the intrusions in their experience of video content.

Many reports tell us about the merits of advertising in videos and affirm with grandiloquent figures that users see many video ads, but the reality is that they hate them, ignore them, they are intrusive and the habit is now to let them pass while they wait busy in Other tasks to wait to see the content of the video itself. Again repeating the sins of television advertising so criticized. In the end industries like the cinema, with their popular trailers of premieres, save and make up the figures making it seem to this the panacea of the new publicity. And of course, to say that advertising in videos is effective, when users are shown in an irremediable and intrusive way, it can become a whole topic like that of popular saying, “food for today, hungry for tomorrow”

On mobile ads, we find more of the same. Advertising is almost always intrusive, annoying and leads to a large number of involuntary or fraudulent clicks. Brands are still experimenting, and they have much to learn until they develop a format that provides useful information and does not hinder the user experience.

Apps succeed, including payment. Branding applications can be really useful if they offer added value. However, mobile advertising is increasingly hated by users themselves. More intrusion on the quest to sabotage a mass medium at the cost of almost “deceiving advertisers.”

Of course, we could not forget the publicity in social networks, which, as some experts indicate, also begins to detract from this negative effect on popular reaction. Beyond social media marketing strategies, social media ads leave a lot to be desired. The users do not pay attention to them and also consider them invasive since they consider that this type of platforms is a place destined to the leisure and entertainment, an area where to communicate with their relatives and friends; So its current advertising has neither room nor meaning. They only deal with ways to monetize or consolidate the foundations of business models that agonize because they do not finish convincing.

As for the display and search, many advertisers seem to be convinced of its effectiveness. Google in this sense has been able to consolidate the pillars of your business through its ingenious advertising system with a large network of media and publishers. However, the competitiveness of the market that led to lower costs to compete with traditional advertising and also encourage such ads, has ended up making these ads an inefficient resource for many of those media that sought to survive exclusively thanks to advertising. Something that as a consequence has forced to massify and increase the advertising spaces and the most annoying and questioned formats in something that could well translate into “more advantages for the advertiser, more problems for the medium itself, but that in the end also have an impact on the experience Of users “.

It seems that the cannibal advertising industry does not want to learn from mistakes. Only a few dozen reports are enough to cajole brands into a new trend as if this was a new need created. It only matters to be where the audience is, regardless of the forms, modes and what the side effects. Money and industry interests rule. Another thing is that what they paint so much looks well painted.