Although often repeat the first television broadcast was carried out by the BBC on November 2, 1936, it is not true. We have to go a few years earlier, to March 25, 1925, when John Logie Baird, after some years of trial and error, made ​​the first public demonstration of its operation.

January is being prolific in scientific communication and today is the second Google doodle dedicated to a scientist. Although in this case, admittedly, it is less surprising: Baird, father of the boob tube and inventor of mechanical television is considered the number 44 of the 100 British major and the second most popular Scottish scientist in history. If the displays have become a ubiquitous modern god, Barid was the first prophet. 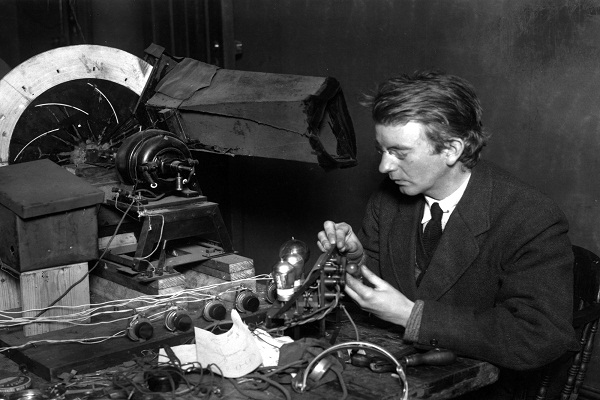 The pioneers of television

In 1884, Paul Nipkow patented a disc that is considered the clearest television history. Nipkov disk uses two disks for recording and reproducing moving images thanks to the photoconductivity (the process by which electric charges affect the light-sensitive materials). The idea was to use the discs to process images and, by use of selenium cells, may be sent through an electric cable to another disk with which to retrieve the image.

Although it had serious limitations (product of the technological limitations of the time) was a key step.Therefore, the television historian Albert Abramson calls it “the patent teacher television”. The same Baird began testing the disk Nipkow in 1922 and 1926 managed to send the first television image, that of a puppet called “Stooky Bill”.

After that, Baird was launched to the world of broadcasting. In 1927, he got cast in Glasgow from London using a telephone cable. And a year later he crossed the Atlantic broadcasting in New York. The Baird Television Development Company Ltd, initiated a de facto monopoly was compromised only by its dependence phone cord and the appearance, thanks to the work of Isaac Shoenberg and his team with the EMI-Marconi.

But Baird, the great pioneer of television; we celebrate more than a little technological innovation. We celebrate one of the cultural changes most important of the century: the emergence of mass culture that indelibly marks the postwar world. Again, Baird is a perfect example of how science makes sense not full academic articles or in the universities but in the streets, plazas and houses of ordinary people.