Neuromarketing: Getting to the market’s mind

Until recently, it was very difficult to examine the brain mechanisms put into operation the memories, feelings, emotions, learning and perceptions that determine consumer behavior.

Today, research from the neurosciences are experiencing a breakthrough to help us understand and improve decision-making processes, as well as the behavior of people against the consumption of goods and services.

What is sought is to understand how brain sensory systems encode information from the outside world, ie how does the nervous system to translate the vast amount of stimuli to which an individual is exposed to language

This is undoubtedly a quantum leap that began to take shape during the nineties and brought about the development of image analysis techniques (which are evolving, too, at an amazing rate). These developments are allowing not only to confirm empirically a set of assumptions of traditional marketing, but also access a vast field of knowledge of potential for application in organizational management. 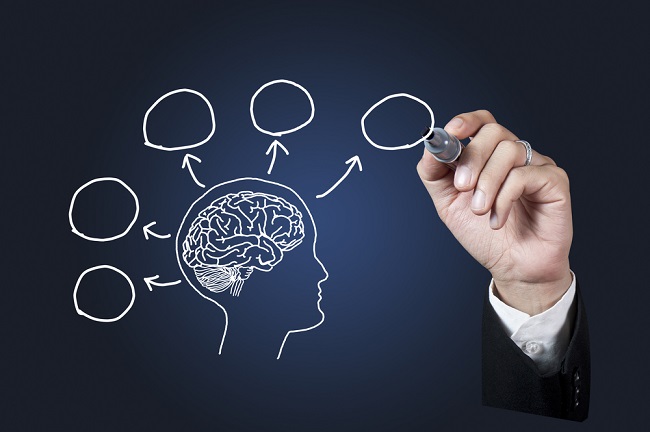 From marketing to neuromarketing

Since its inception, the marketing activity was based on knowledge from other disciplines such as psychology, sociology, economics, sciences and anthropology. By joining the advances in neuroscience and neuropsychology, there was a shift of such magnitude that led to the creation of a new discipline, known by the name of neuromarketing.

This development brought the development of a set of methodologies whose application shed light on issues before them have been dark for years, and it is estimated that in the XXI century enormous advances will occur in knowledge about brain function, which will bring prepared, in turn, the development of new methodologies to investigate and explain the key processes of decision making to the consumption of products and services and at the same time, create and implement strategic plans for successfully leading organizations toward their goals .

The methodologies used are varied and neuromarketing come, mostly in the field of neurosciences.

Neuroimaging allow investigate what is happening in the brain of a client in the various stimuli it receives, which provides a field much more powerful than that provided traditional marketing studies because of their limitations to explore the metaconcientes mechanisms, which are the determining more than 90% of customer decisions. For example:

When functional magnetic resonance imaging (fMRI) is used, each scan can see how and where it activates the brain to each stimulus while it works.Imagine the reader the scope of this methodology because, according to brain areas are activated, we investigate (among many other things):

What are the attributes of a product or service to generate acceptance, rejection or indifference. This can be done with brand awareness and blind test, as did Lea Montagne in the United States with Coca Cola and Pepsi1.

The level of acceptance (pretest) and remembrance (post test) of a commercial, in any format: television, radio, print, outdoor, etc., and the degree of impact of each of its parts, both neurosensory aspects such as those relating to the mechanisms of attention, emotion and memory.

The strength of emotional attachments to a particular brand.

Stimuli to be implemented in a sales point to encourage purchases.

This list can be as extensive as required by marketing management. Currently, most neuroimaging studies are performed in specialized institutes (the most advanced countries are the United States and Germany) and its results are extremely useful for companies that want to use them.

Undoubtedly, the increasing development of devices that explore and above all, locate brain activations has opened a truly exciting field studies, with results that leave behind many assumptions of the past.

The contribution of neuro-marketing activity

The model proposed by the traditional economy set an individual totally rational behavior, based on a subjective measure called utility. From this perspective, the demand for any product depends solely on price.

However, it has been proven by several studies from the field of neuroscience that most organizations compete to establish an emotional link between the product and the customer, and this link always lessens the effect of the price. Daniel Kahneman1, who won the Nobel prize for integrating advances in psychological research into economic science, analyzed the complexity of the reasoning of people at the time of making economic decisions and demonstrated, with its focused particularly on the stock market studies, which in the decision most influential buyers, more conditions, a prospect of losses that a similar proportion of earnings prospects.

He said that, when we choose, we do not always objectively. This lack of objectivity tends to follow regular patterns that support a mathematical description. According to Kahneman, individuals underestimate the results that are only likely in comparison with the results that are obtained safely.

Kahneman’s main contribution to economic science is the development, together with Amos Tversky, a theory that individuals make decisions in uncertain environments that deviate from the basic principles of probability. This type of decisions as called heuristic shortcuts.

One of the manifestations of heuristic shortcuts is loss aversion. Thus, an individual prefers not to lose rather than win $ 100 $ 100, which represents an asymmetry in decision-making.

These investigations showed that we are not totally rational human decision-making. Our brains continually seeks meaningful patterns, even where there are none.

The importance of this research lies in its usefulness to model non-rational behavior that deviate from the conception of homo economicus holding classical economic theory.

Sensory Neuromarketing: when all compete to reach the senses

One of the major issues of interest neuromarketing has to do with perception, it characterized as an extremely complex phenomenon that depends both on the external and the experiences of the perceiver events.

This concept is of fundamental importance in business management, not only to develop their own capabilities, but also to achieve a better understanding of the mechanisms underlying all decision-making processes of customers.

When we receive external stimuli by the sensory systems, the brain not only records that information, but also the processes and interprets.

Thus, each individual constructs reality from these stimuli. This explains why the same phenomenon can be perceived differently by each person.

In other words, we can all our senses operate from a representation that we form in our minds.

This is because we apply “filters” to those stimuli that depend on many factors, some external, such as intensity, size or contrast of the stimulus, and other internal, as our interests, needs or souvenirs.

In a context of neuromarketing, this means the following:

Customer perceptions are not direct that exists around them, that is, of objective reality, but interpretations that makes your brain on this reflection.

The real challenge is to use the tools that provide the neurosciences to discover what these perceptions are and, from there, define the best strategies to reach them, seduce and loyalty.

This requires an interdisciplinary approach to study and explain the key decision-making processes and, at the same time, create and implement strategic plans for successfully leading organizations toward their goals.

In this way, neuromarketing is the promise of the future … and present.

More reviews on this blog http://duckysdesktop.com/