Replacement windows generally refer to new windows mounted within the existing frame; as such, they rely on the original window frame for support. Windows usually require replacing when they deteriorate, become draughty or cease to fully function. New windows may significantly reduce outside noise and energy loss. 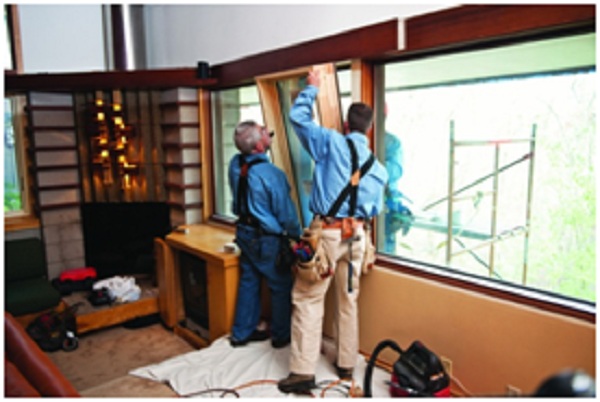 Replacement windows are not the same as new-construction windows, as the latter have a fin that runs along the outer frame, providing a surface that is secured by nailing it from the outside of the building before applying the trim or siding. Replacement windows have no fin, allowing them to be installed with very little disruption to the existing trim. They are placed into the existing window frame and screws or nails are applied from the inside window jamb to secure the window within the frame.

Replacement windows come in a variety of materials, including fibreglass, wood, vinyl, vinyl-clad wood, aluminium-clad wood and a composite of plastic and wood. The least expensive option is the vinyl replacement window, which comes in several pre-moulded colours.

Most products include a metal wrap to complete the installation and act as a further barrier against the outdoor elements. While people may choose to install the replacement windows themselves, a professional company such as http://www.nanduglass.co.uk/ will supply and fit replacement glazing in Leicester and other areas.

Post-1970 properties can see their value increase with the installation of replacement windows, which may be less expensive to install than replacing the original windows. It is a good idea to check whether your home can benefit from energy saving improvements.

Energy is saved due to the insulated glazing feature of replacement windows in the form of a double pane that captures air between the panes. Triple glazing is also an option, reducing the chance of fogging between the panes as they deteriorate; in addition, this can include sealing gases such as krypton or argon that have qualities that create higher insulation.

Insulated glass found in replacement windows is heavier, resulting in the need for thicker frames to support the extra weight, particularly for larger windows. This may slightly reduce the glass area of the window as the frames are thicker, letting in less light. This may not be that noticeable; however, the thicker frame may have a negative aesthetic effect, especially in period houses.