Software testing is a process of running a program or application with the intention of identifying any software bugs. It can also be viewed as a means of verifying and validating whether the software program meets the requirements for which it was designed. Software testing also allows a business to appreciate the potential risks involved in the implementation of software. A crowdsourced testing company will help to eliminate bugs fast, drawing on a wide range of expertise from a large group of people, particularly from an online community rather than traditional employees or suppliers. 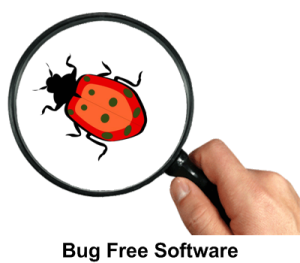 Crowdsourcing is an increasingly popular way of testing software. Among other benefits of crowdsourced testing techniques, this type of software testing will enable businesses to enjoy better time to market, increase sales by improving conversion rates, improve your customers’ experience and retain more users, ‘test’ markets and complete projects in remote locations, and control testing costs by setting a fixed budget. It is usable for digital agencies, e-commerce, mobile applications and gaming, with crowdsourcing equally as attractive in areas outside software testing.

The idea of crowdsourcing information and expertise has been used for crowdfunding, crowdsearching, creative crowdsourcing and crowdvoting, to name but a few. An example of the latter is Threadless, a system whereby users provide designs for T-shirts and vote on the ones they prefer. These are then printed and made available for purchase. An example of crowdsearching, meanwhile, is Chicago-based startup Crowdfind, which uses geographic location anchoring through the use of smartphones and the internet to locate lost items, pets or people fast.

Apart from crowdsourced software testing methodologies offered by professionals such as bugfinders, the more traditional routes of in-house testing might be used. Every company tries to find the most efficient way to organise the process of testing, either by creating its own in-house team or outsourcing to a specialist company. The main advantage of in-house testing is control of the whole process; however, outsourcing is often preferred, as it allows the company to focus on its core activity. Flexibility, faster adaptability and reasonable prices are the main reasons businesses might chose external providers for their software testing needs.