The 4 main areas of the United Kingdom are England, Wales, Scotland and Northern Ireland. Each is very distinct in its culture and its people and each has its own Patron Saint. Do you know who they all are. 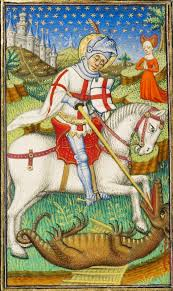 St George is the patron saint of England and is revered as a Christian martyr. St George was venerated as the Patron Saint of England during the Tudor century, when the tale of his slaying of a dragon became a legend told to this day, thanks to his prominence during the Crusades. He is celebrated on 23rd April.

St David is the patron saint of Wales, and he was a bishop and the founder of Glastonbury Abbey in the sixth century. In ancient Wales, St David is known to have performed miracles during his sermons, including having a white dove land on his shoulder during one sermon at Llanddewi Brefi. He is celebrated on 1st March. 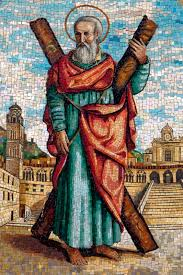 St Andrew is not only Scotland’s patron saint; he also represents Italy, Russia, Greece, and Barbados. He is also the patron saint of a variety of illnesses and ages, including sore throats, fishermen, pregnant women, and even gout! St Andrew has a long list of accomplishments, but he is best known for being one of Jesus’ original 12 apostles. He is celebrated on 30th November

St Patrick is Ireland’s patron saint, and it is generally assumed that he was a priest who founded missionaries in Ireland during the fifth century. St Patrick is credited with establishing Christianity in Ireland, displacing the Celtic people of the time from their worship of tribal gods. He is revered by Christians of all denominations and is considered to be the first Bishop of Armagh. St Patrick is said to have used a shamrock during sermons and storytelling, as well as being responsible for the abolition of all snakes in Ireland. He is celebrated on 17th March when family and friends will share ST Patricks Day Gifts. If you need to buy something for this year this you can shop ST Patricks day gifts here.