To reach customers, businesses must be omnipresent

To reach people in Social Media is necessary to develop a multiplatform strategy. This is the main conclusion from the recent study Infinite Dial Report, prepared by Edison Research, which emerge 6 major trends.

Users do not rely on a single medium, nor use a single device to access the information. The study has been a fragmentation of the audience, both through the media, and the path. In the United States there are 256 million television viewers, radio listeners 243 million and 232 million Internet users, of which 182 million are wired, wireless use 177 million and 139 turn your smartphone to access the Internet. This involves a variety of possibilities, forcing marketers to develop strategies and multichannel platform to distribute their content. To get their attention, the content must be increasingly creative, visual and original, and be adapted to all devices. 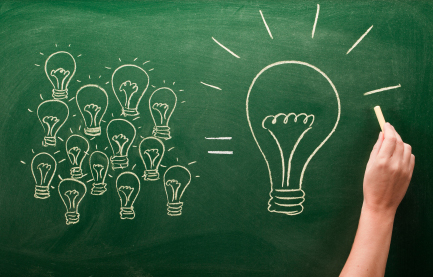 More than half of the population uses smartphone

In the US, 53% of users have a smartphone, and the figure rises to 2 out of 3. According to eMarketer, mobile information consumption has increased 14 times the rate of computer use. This device has also been positioned as a tool to complete commercial activities. Sales through mobile devices have risen more than 300% during the first quarter (BigCommerce). It is planned that in 2015 the volume of mcommcerce reach 31 billion dollars in 2015. Users also prefer their mobile device to access social networks, share information and interact. More than half of Facebook or Twitter users use their smartphone to its publications.

Outbrain last year indicated that 91% of marketers bet on content marketing; in addition, 90% believe that their importance would be even greater in 2013. The types of content are most effective upgrades and publications on social networks (83%), the newsletters (78%) and articles (67%). The content is also a great attraction for users who value it positively (82%). 7 out of 10 users preferred brands content rather than advertising, 60% consider it useful to make their purchasing decisions and feel more attached to them (70%).

Despite rumors about his loss of effectiveness and attractive to users, the study shows that it is still a very important medium to reach users. To this it seems to have positively contributed to the recent introduction of hashtags and Graph Search, giving the opportunity for brands to give more publicity to its content and interact with their followers. Edgerank Checker indicates that brands that include hashtags in their publications get more notoriety than those who have still not implemented. On the other hand, Graph Search gives them the opportunity to find those users who like the brand or its publications. An advantage of particular interest locally. Brands can develop specific content for those areas where recorded increased activity around your industry, product or brand.

Sponsored Stories are beginning to bear fruit. Users finally interact with this type of action, which is a great opportunity for brands. This forces advertisers to design proposals really interesting and attractive for users, always considering that Facebook is a place where users go to get in touch with your friends, so not merely want to be bombarded with advertising impacts. Instead, actions related to leisure and entertainment may itself have a great reception as well as stories with visual appeal grana, the power of the image continues unabated.

With this platform something curious happens. The study indicates that only 15% of users in the United States uses Twitter, however, 44% have heard daily information therein is transmitted through other means.Overall, 84% of the American population has seen or heard any message related to Twitter, therefore, is somehow exposed to this medium. From here we can get an idea of their great potential and importance for brands to be present on this channel.

In conclusion it is important to consider the wide dispersion of users through the media and social channels, which implies the need for a multiplatform strategy that achieves your audience wherever you are. It is essential to have a strategy of premium content, adapted to each medium, and the needs of the target audience.